Shopping Cart
Your Cart is Empty
Quantity:
Subtotal
Taxes
Shipping
Total
There was an error with PayPalClick here to try again

Thank you for your business!You should be receiving an order confirmation from Paypal shortly.Exit Shopping Cart

There will be no open mat this Saturday, see you Monday!

Reminder that Judo is cancelled on Monday for Family Day.

There will be no Judo this Saturday Feb 8, 2020, see everyone back on the mats on Monday!

We will be hosting our Kevin Kennedy Memorial Shiai on March 28, 2020 located at Pope John Paul II Sr. Elementary School.

A block of rooms have been reserved at the Days Inn so plan ahead and get booking! 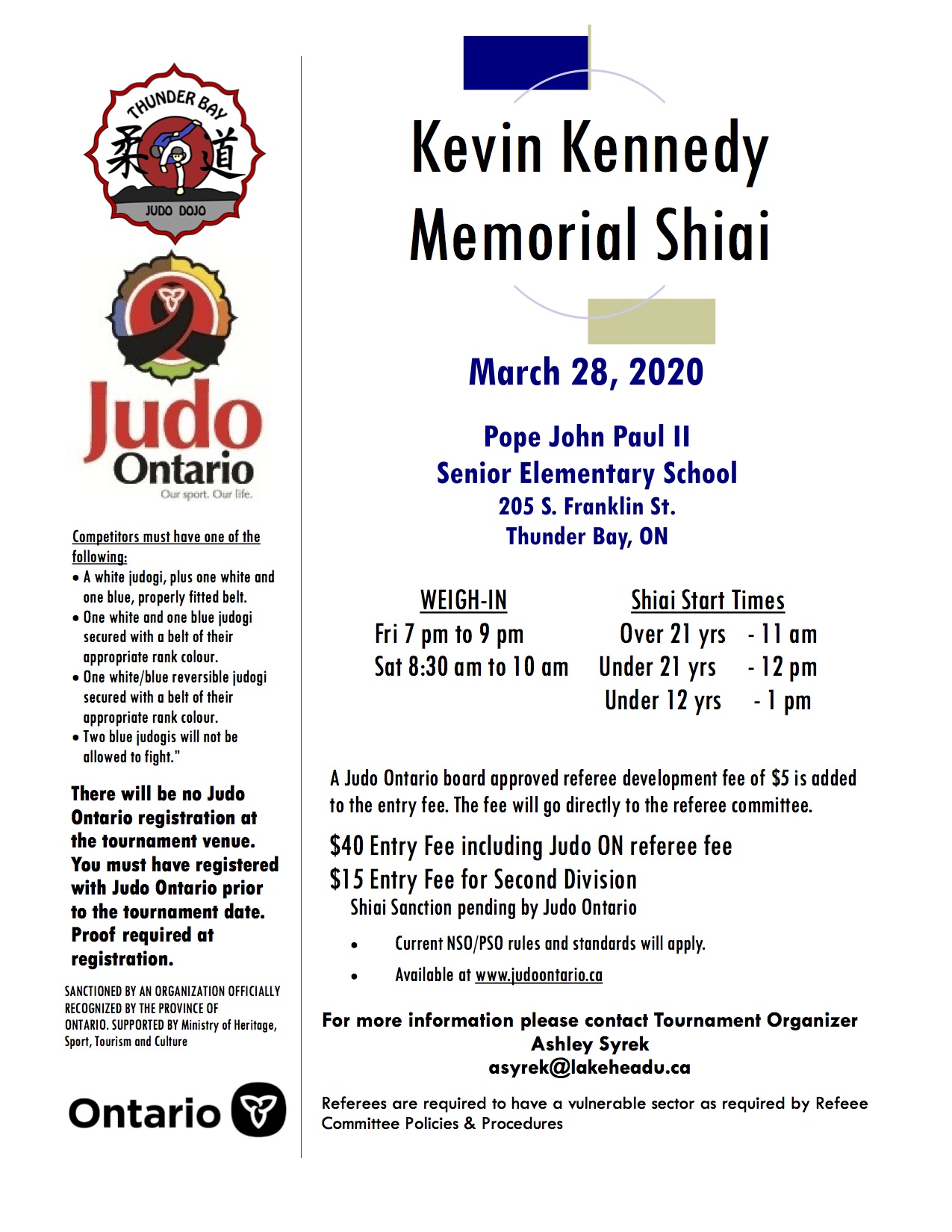 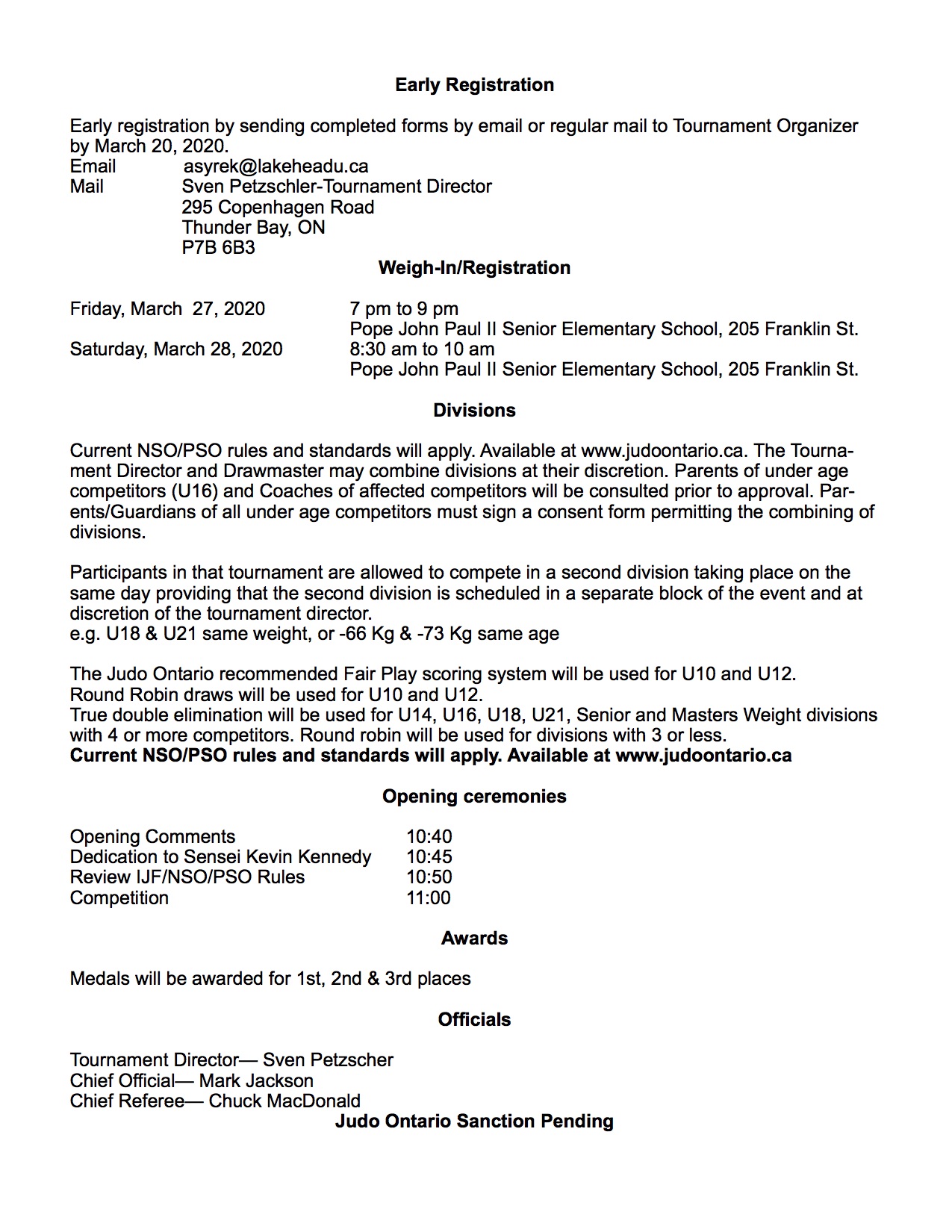 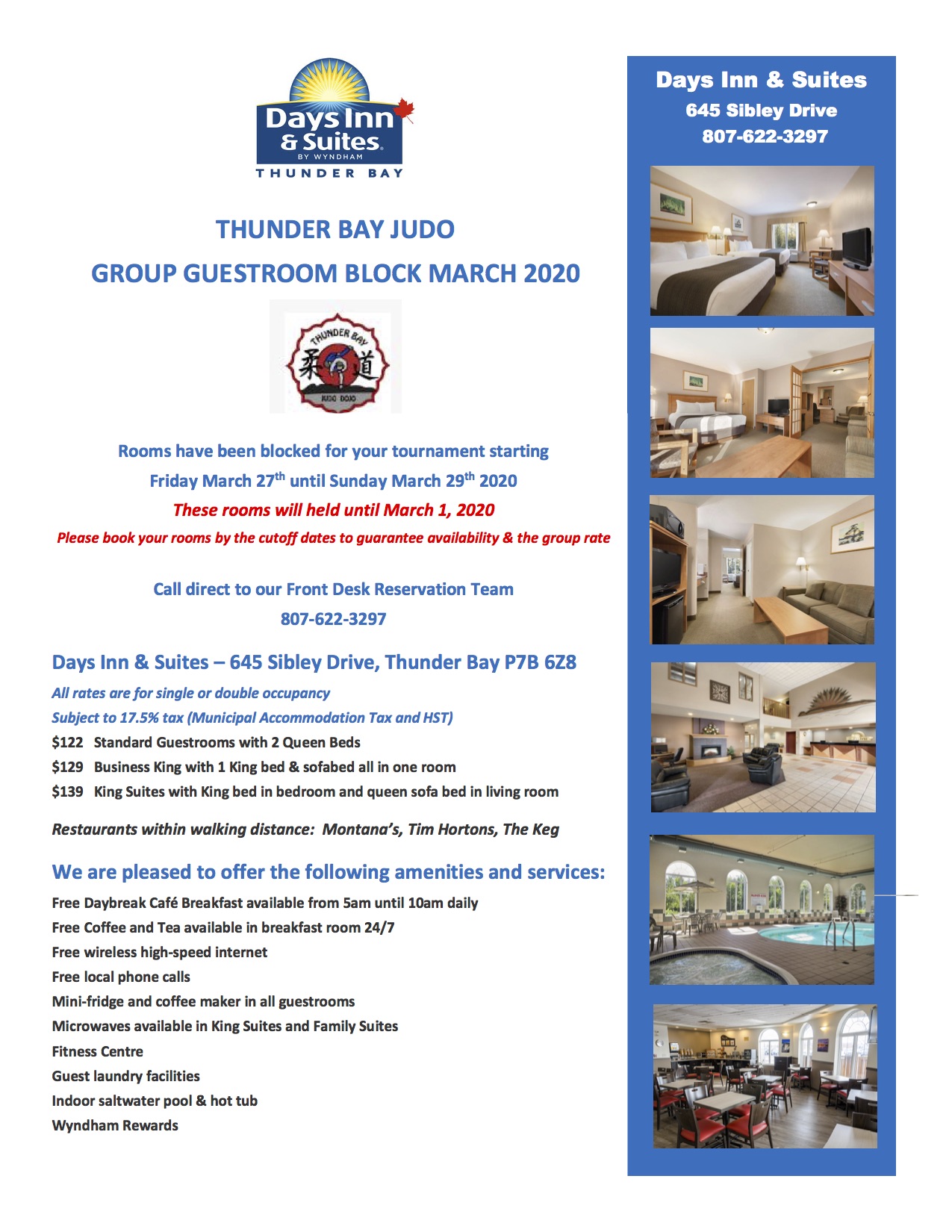 Last weekend we had seven members head to Winnipeg for the Inner City Open Judo Tournament, Sensei Chuck joined as head Coach and Sensei Pat as Head Instructor. All seven competitors earned their way to a spot on the podium! Way to go everyone! 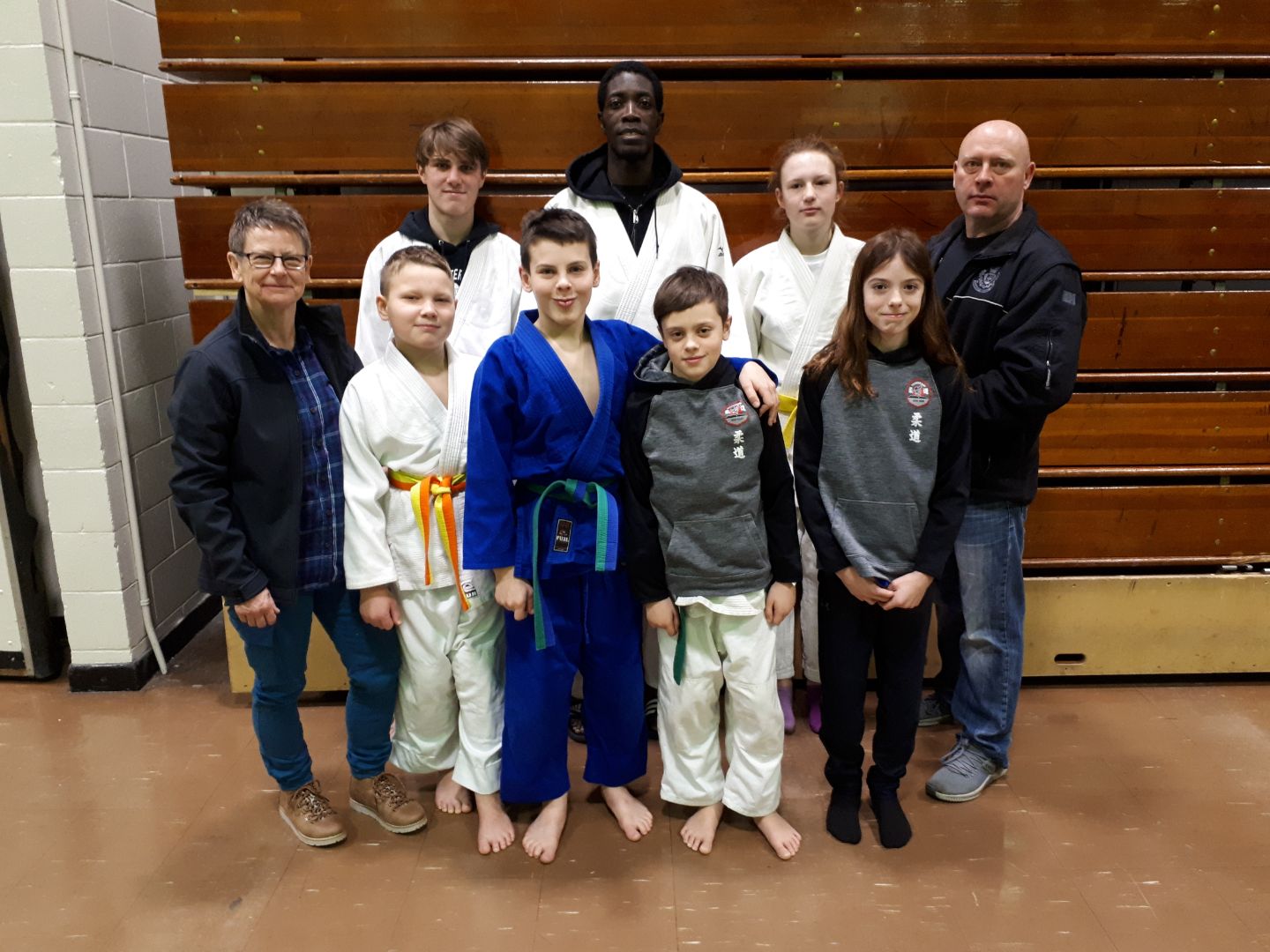 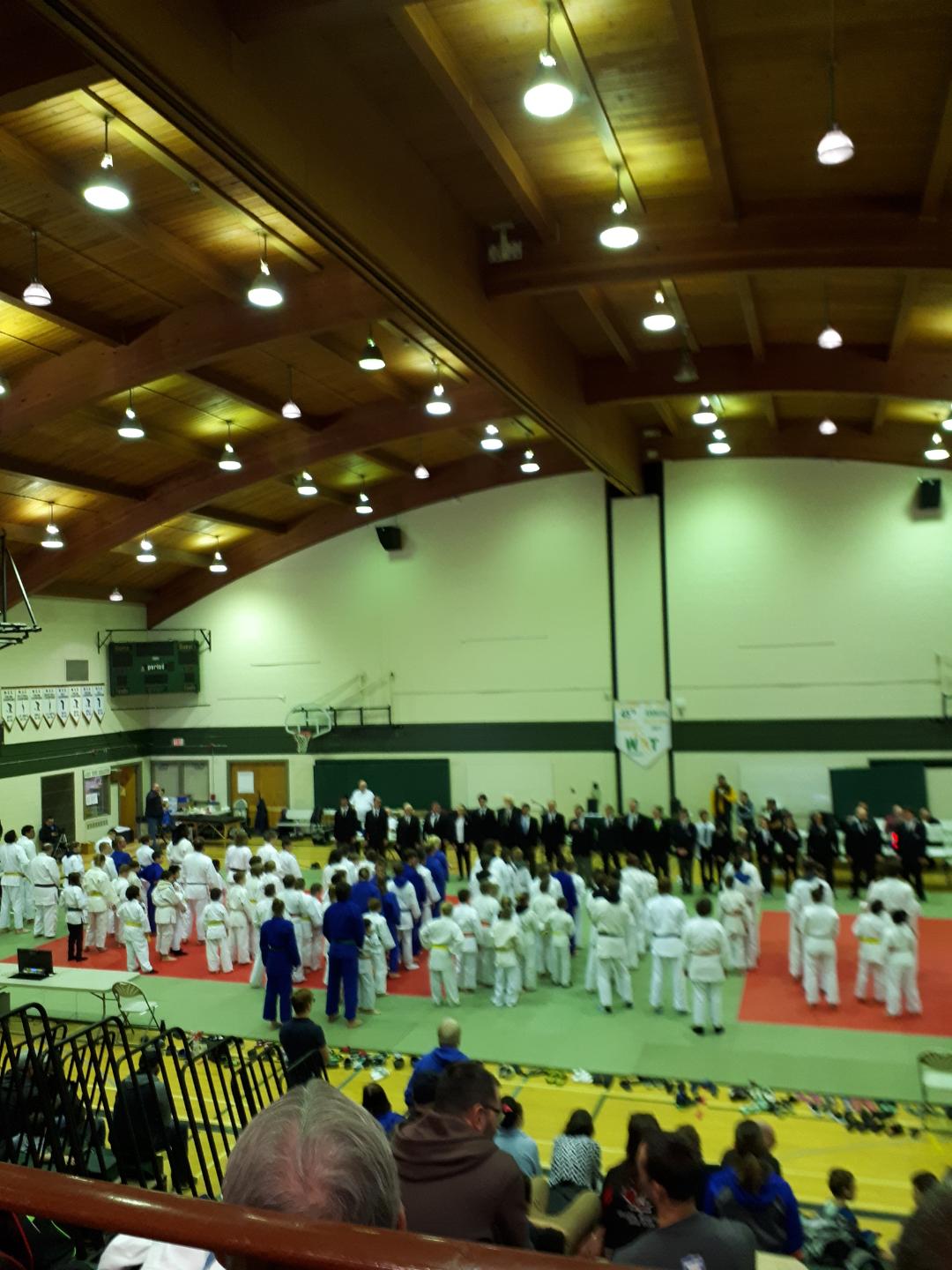 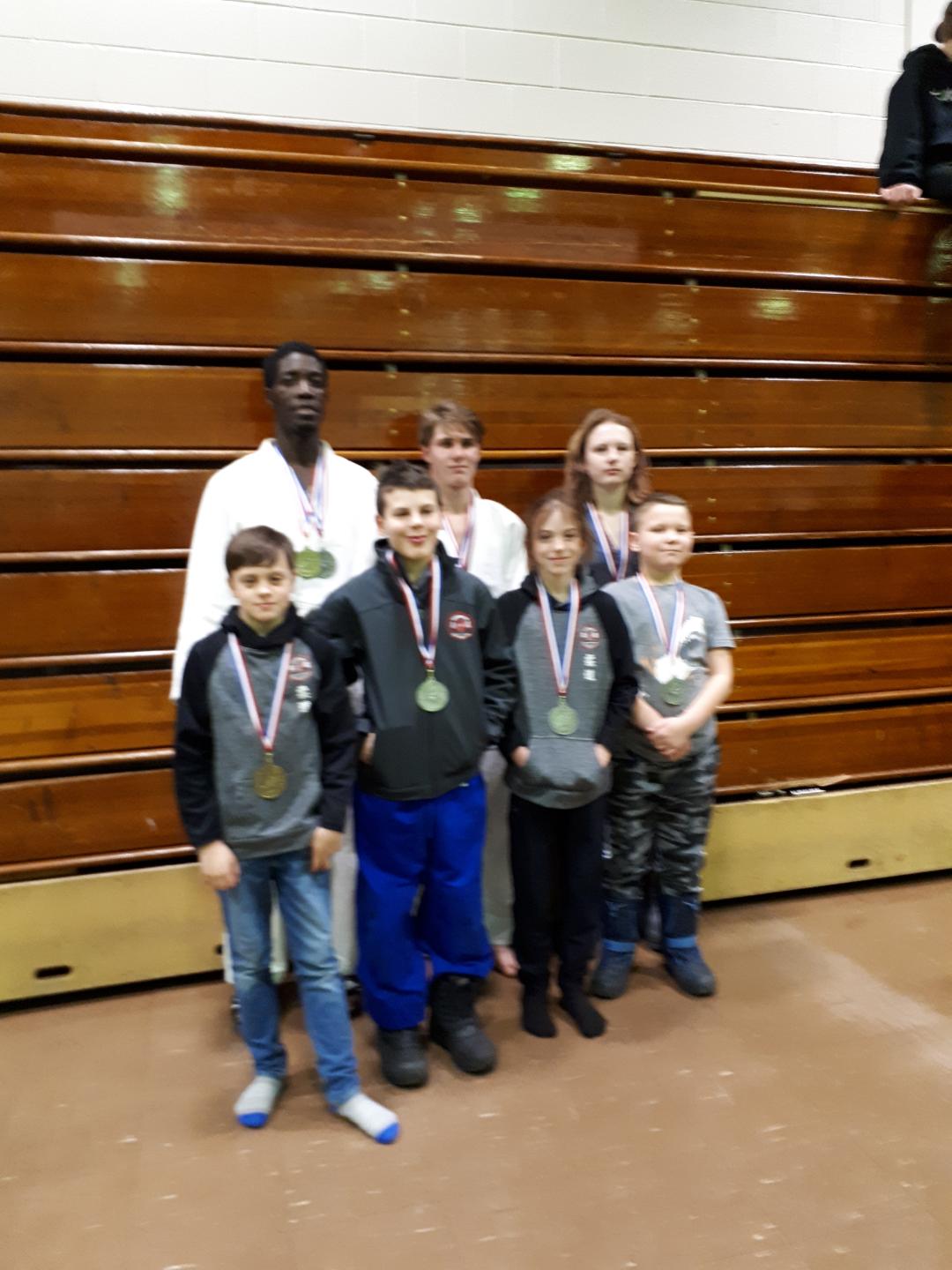 Please note there will be no open mat this Saturday as a few of our members will be heading to Winnipeg. Good luck to all the competitors!

Friendly Reminder that registration and the first classes for the winter session start tomorrow! (Jan 6)

Happy New Year everyone! Hope everyone has had a fantastic break over the holidays and is now starting to dream of Judo again. We will be opening registration for the Winter session on Monday Jan 6, 2020! Classes will also resume this evening as well. Intermediates and Seniors please note that we have made changes to the schedule on Monday nights. Intermediates will now be from 6:15-7:15 pm and Seniors 7:15-8:45 pm.

Well folks, thats a wrap for this year! Hope everyone has enjoyed the first session of judo, we will be back starting registration for the next session on Jan 6, 2020. Hope to see everyone back and a few new faces.

Monday we had our annual christmas party and celebrated with a mini Shiai! Everyone fought so well!

Thank you goes out to everyone who came out to participate and who brought goodies to share. Thanks to Little Caesars for supplying the pizza! Also to Mallons and Hatashita for donating prizes.

Hope everyone has a very Merry Christmas and a Happy New Year! We will see you back on the mats in January! 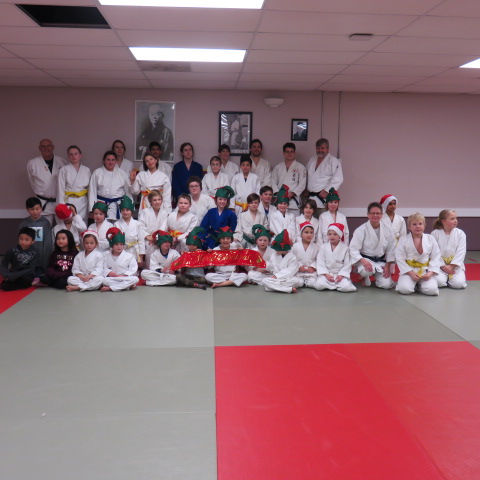